We had very much been looking forward to our son coming home from yeshivah for Yom Tov. After we had gotten used to having him with us for five consecutive months during the first wave of the coronavirus, we really missed him when he was in yeshivah for almost two months straight. Despite the success of his yeshivah in pulling off the almost impossible feat of getting through the z’man with no cases of COVID, we still kept distance from our son upon his return, as we do when any of our children return to the nest after being on the outside for an extended period of time. Some might call this extreme, but even though it is very difficult, I view it as my hishtadlus in keeping the virus at bay. So, when he returned home on Motza’ei Yom Kippur, he was greeted with a big smile and a friendly chat, but no hug or kiss.

A few days later, my son came down with a cold. He gets colds often, so we weren’t especially concerned. When he felt that he wasn’t tasting or smelling his food quite as much as usual, it caught our attention, but we still attributed it to his cold. After all, it is hard to taste and smell when one is congested. But, by the next day, his cold was gone but his diminished senses of taste and smell were not. Uh, oh. This was not a good sign. I presented him with items that have a very strong taste and smell. He was able to taste lemon and smell b’samim. But this was clearly not normal and we sent him into isolation.

We put him on the top floor, where he could be as far away from everyone as possible. There is also a mirpeset up there that would allow him to go outside and get some fresh air every now and then. The next morning, he took a test for the coronavirus and we were not surprised when the results came back positive. We later found out that many boys from his yeshivah came down with the virus at that same time. The rest of the family immediately went into bidud (quarantine). From that point, every sniffle of the nose or tickle of the throat became extremely suspicious, as opposed to beforehand, when it was just plain suspicious. We were relieved that our tests came back negative, baruch Hashem. But we were not, and still aren’t, out of the woods just yet.

Our son in the Army had to go into bidud as well, as he had been with his brother the previous week when he had come home for one night. Our son was very happy that rather than having to quarantine in some military facility, he was given authorization to come home and quarantine with us. Wow! A silver lining! And so quickly! The only catch was that we had to come pick him up from his base. Um… That was a tricky one.

We ourselves were in bidud as well as in lockdown. Even if we couldn’t possibly infect anyone when traveling alone in our own car, the thought of paying a 5,000-shekel fine if we were stopped by the police had little appeal. We racked our brains and tried to come up with a plan. My son suddenly had an idea. Kol Rina. Rina Shnerb was a 17-year-old girl who was murdered by a terrorist when she was on a tiyul with her family during the summer of 2019. In her short life, Rina exemplified chesed and brought much light into the world. As a way of continuing her legacy, her parents started an organization called Kol Rina. This organization engages in countless areas of chesed, including surplus food from simchos for the needy, Shabbos meals for the homeless, a high-quality second-hand-clothing shop, a midrashah, and a kollel.

Now during coronavirus times, they started an initiative called “Machlimim V’Ozrim (Recover and Help).” They have a group of volunteers who have already recovered from COVID, who at a moment’s notice are available to help families impacted by the virus. They will shop, do errands, and whatever else is needed, all the while keeping to regulations of wearing masks and social distancing. My son called the organization and, within a minute, he was contacted by a volunteer who was willing to pick him up from his base. The volunteer went to meet my husband who, at that exact time, happened to be undergoing a test for COVID right where the boy lives. My husband dropped himself off at home and the boy continued on to my son’s base. My son happily walked through our front door several hours later. He quickly built himself a sukkah, wedged between our home, shed, and air conditioner, so that he would be able to sit in a sukkah while maintaining distance (at least at first) from the rest of us. He called out, “HaRachaman Hu yakim lanu es sukkas David ha’bodedes (isolated).”

On the first day of Chol HaMoed, before we entered bidud, we were able to enjoy the simchah truck that made the rounds in Beit Shemesh playing music and bringing joy to the residents. After that, there was no leaving the house. My neighbors stepped up to the plate and kindly offered to shop and even take out our garbage. Our dumpster is all the way on the other end of the street. That is good for staying clear of the smell but not so good in terms of bidud. When my brother’s neighbor was in bidud, he decided to take out his garbage at one a.m. when nobody was on the street. On the way, he got a text message instructing him to get back inside his home immediately. Besides that, in these parts there are people up and about through all hours of the night on Chol HaMoed. My neighbors’ assistance was very much appreciated.

We were wondering what Simchas Torah and Hakafos were going to look like under these unusual circumstances. We should have known that while keeping a safe distance, our neighbors were not going to truly isolate us. The outdoor minyan on our block moved closer to our home so that we could hear the davening. During Hakafos, they brought the sifrei Torah and danced just below our mirpeset. The image of my husband and son dancing on our mirpeset with the neighbors dancing down below will remain etched in my memory for a very long time.

The next morning, they set up a k’rias haTorah station right in front of our home, which enabled the men in my family to get their aliyos. Even my son with COVID was able to get an aliyah. When he called down, “Baruch Hashem ha’m’vorach” from high up on our roof mirpeset, there was an awareness that these are scenes you don’t see every day.

In his speech before N’ilah, my neighbor stated that we should not daven to be able to return to our shuls. Rather, we should go all the way and daven that we return to the Beis HaMikdash. May our t’filos be answered l’tovah and may we be zocheh to see the g’ulah sh’leimah b’karov. 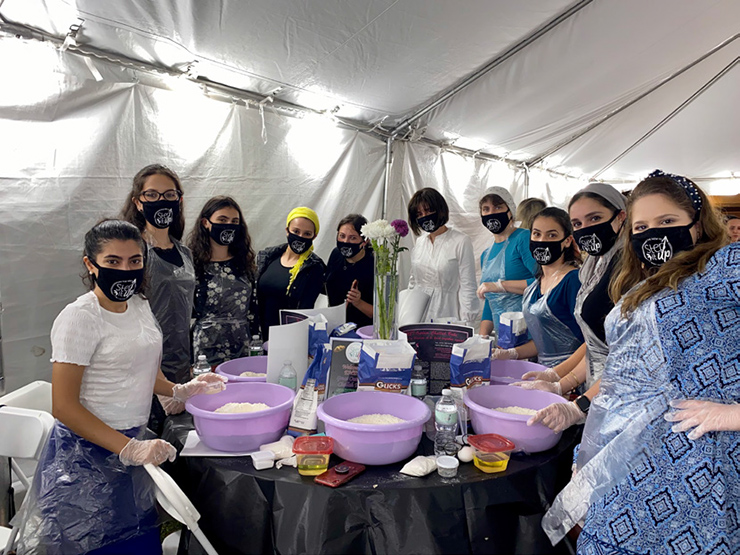 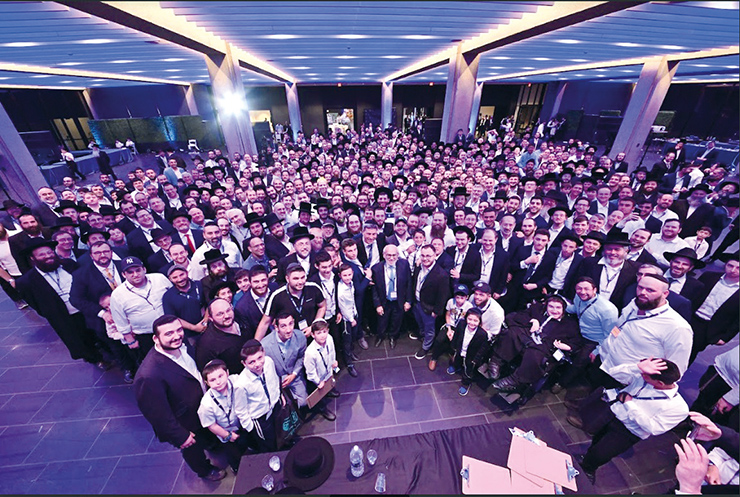 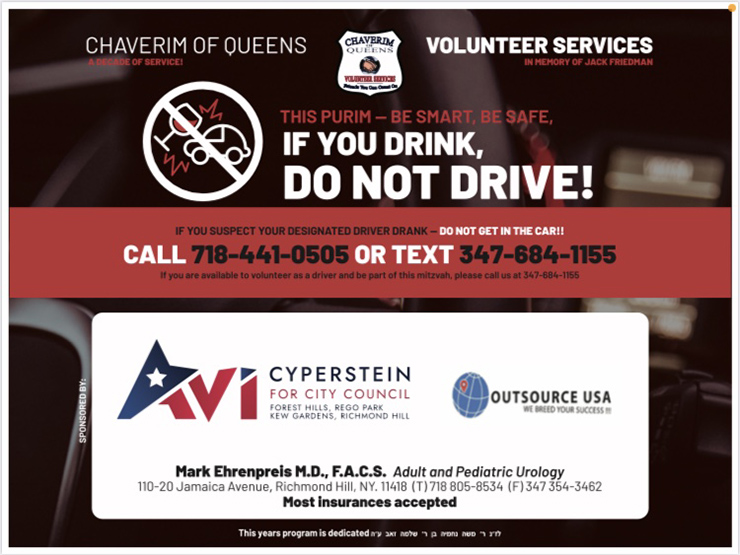 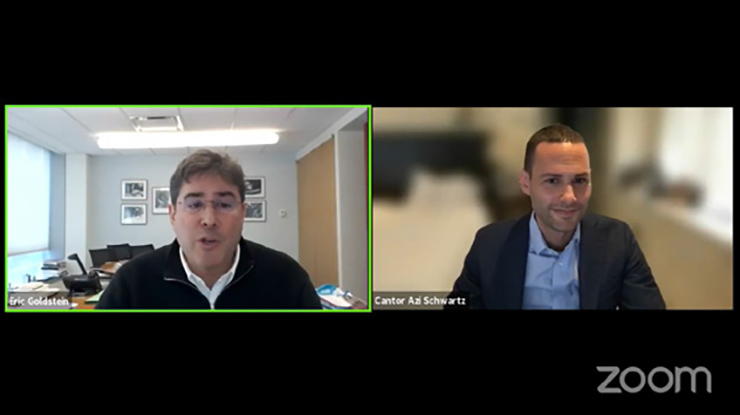