In 2019, the Queens community mobilized to elect moderate Democrat Melinda Katz to the Queens District Attorney’s office.  In 2021, the Nassau County community mobilized to elect Anne Donnelly as their DA. The necessity of that mobilization has become far more obvious this past week than it was at the time, but the electorate of those communities can breathe a sigh of relief that other communities cannot.

Tiffany Cabán, a Democratic Socialist backed by Leftist mega-donor George Soros who lost to Melinda Katz by a mere sixty votes, would certainly have chosen her prosecutions based on race, not the crime or criminal records. Todd Kaminsky, who co-wrote the No Cash Bail law in New York State and was demolished by Donnelly by 20 points, would likely have included that calculus in his prosecutions.  While neither of them became District Attorney, that doesn’t mean they have no influence in public life. Kaminsky remains a State Senator, and Cabán was recently elected to the New York City Council. 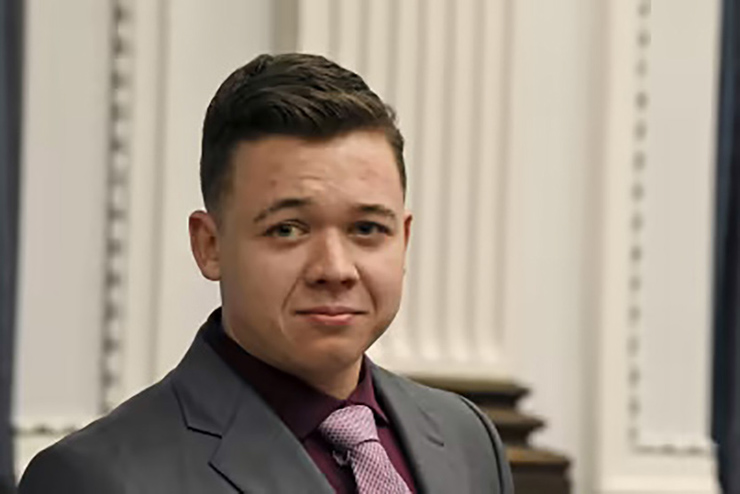 Queens and Nassau Counties are just two battlegrounds of a decade-long effort for Soros and other Leftists who think like him to restructure the role of prosecutor in this nation. That role has shifted from a civil servant, whose job it is to put criminals in jail, into a social justice activist whose job it is to have “equity” in the justice system.  For the uninitiated, equity is not equality, where everyone regardless of race or class is subject to the same laws. Equity, at least in this context, is the racist notion that prison populations should reflect the population by percentage.  If the black population is 20% of a neighborhood but 50% of its prison population, that’s not equity. It is irrelevant if that population commits 50% of the crime; equity demands that fewer black people are prosecuted.

What occurred in Wisconsin the past two weeks is equity thinking put into action. The first is the trial of Kyle Rittenhouse, who was only on trial because he’s white. Based on the publicly-available video evidence from over a year ago, Rittenhouse shot three men in obvious self-defense after they attacked him. (The attackers were all white, despite what certain media outlets and personalities incorrectly reported.) Only media pressure and an overzealous prosecutor caused that case to go to trial. That same media pressure kept the jury deadlocked for three days before they finally made the only decision that could be made: not guilty.

Equity isn’t just fewer black people in jail; it’s more white people in jail. That’s how the percentages work themselves out.  It doesn’t matter if Rittenhouse acted in self-defense; he’s white, so he must be prosecuted.  Kamala Harris made this point clearly. “Today's verdict speaks for itself,” she said. “I've spent a majority of my career working to make our criminal justice system more equitable. It's clear, there's still a lot more work to do."  The message is plain: Fewer white people in prison, less equity. Due process is secondary to equity.

The second is the tragedy in Waukesha, where a 39-year-old black male plowed an SUV through a Christmas parade, killing 5 and injuring 40, including multiple children.  His race is only applicable because his race is the reason he was not in jail.  He has a career rap sheet that includes dozens of violent crimes going back two decades, and he was charged with three misdemeanors and two felonies earlier this month.  Despite all this, his bail was set at a mere $1000, which he paid on November 19.

District Attorney John Chisholm is, unsurprisingly, a George-Soros-backed DA who bragged about ending cash bail in Milwaukee.  In 2018 he tweeted out his commitment to eliminating cash bail.  He also tweeted his support for the Soros-backed DA of San Francisco.  Chisholm’s office is, apparently, making the “equity” decision when requesting bail, despite the rap sheet of the defendant.  After the tragedy, the DA’s office claimed they would conduct an “internal review” of why the bail was so low, but that is little solace to the victims.

So-called “Soros prosecutors” are making these decisions all over the nation.  Chicago, Philadelphia, Manhattan, Baltimore, and other major and minor metropolitan areas are all homes to these DAs. Their rise correlates with a rise in violent crime and murder in these same cities. Decisions made based on “equity” is not justice; it’s social justice, which means that it’s not justice at all.

Queens and Nassau avoided this fate - for now.  That doesn’t mean that the fight is over.  A few dead people in Wisconsin won’t change the worldview of the social justice warriors.  Prosecutors used to prosecute, but we can’t take that for granted anymore.  So getting the right prosecutor is more important than ever.