In this article, we’ll explore the relationship between mental health disorders like bipolar disorder and substance use disorder diagnoses. In many instances, people who struggle with substance abuse have underlying mental health issues or unresolved trauma. You’ll also find the answer to the question, “Do addiction issues cause people to develop bipolar disorder?”

What Is Bipolar Disorder?

People with bipolar disorder experience extreme changes to their mood and struggle to regulate their emotions. Depressive and manic episodes can last for days, weeks or months at a time and might occur a few times a year or several times in a week. People who struggle with this disorder have a significantly harder time than most with relationships, school and work. They’re also more likely to get into accidents, have suicidal thoughts and commit suicide than people without the disorder. 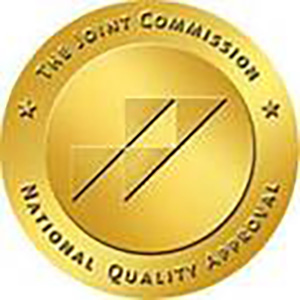 Bipolar disorder impacts behavior, mood, activity and energy levels, and the extreme manic highs and depressive lows give it its name. While there’s no cure for the disorder, professional medical advice, medication and therapy can help people with bipolar disorder live rich, full lives.

Depressive episodes are characterized by fear, despair, shame, sadness and disinterest in daily life. Episodes can last for days, weeks or even months, depending on the mood cycle. Bipolar disorder treatment is particularly challenging during depressive phases due to the increased risk of self-harm and suicide and feelings of hopelessness. Examples of the depressive symptoms of bipolar disorder include:

Mania is best described as a period where the individual is on a high. While it might sometimes seem like the sufferer is happy, productive and self-assured, mania is just as dangerous as depression. People in a manic phase are more likely to engage in risky behaviors such as increased spending, dangerous driving, promiscuous behavior and other problems related to a lack of inhibition. Examples of the manic symptoms of bipolar disorder include:

In a mixed emotions episode, there’s no clear distinction between mania and depression. For example, someone might experience symptoms such as grandiosity and delusions alongside suicidal ideation and sleep disturbances. Professional guidance from a mental illness specialist is usually required to help people who struggle with any form of bipolar disorder manage their symptoms.

Hypomania symptoms are less intense manic episodes that are usually present in people with a bipolar II diagnosis. People experiencing this type of episode can usually remain functional but have a higher level of energy, happiness or irritability. They might feel they don’t require sleep or that they can take on huge, unrealistic responsibilities and might be more talkative and friendly than usual.

Hypomania can be confusing because the individual in question can be extremely productive and seem happy, without the presence of any psychotic symptoms. This makes it less likely that the sufferer will seek help, and they might simply turn to depressive substances to manage their mood.

How Is Bipolar Disorder Diagnosed?

A mental disorder like bipolar can only be diagnosed by a medical professional. It’s one of the most challenging mental health issues to diagnose, particularly when there’s also a substance abuse issue at play. Bipolar disorder and substance use disorders share common symptoms, and the following tests help diagnosing professionals make the distinction:

A doctor uses a range of psychological tests to evaluate the mood, behavior, thoughts and feelings of the individual. They identify examples of depressive or manic episodes and might speak to friends and family to get a more varied perspective.

Doctors often ask people who display symptoms of bipolar disorder to fill out a mood chart that displays the frequency and intensity of episodes, making an accurate diagnosis easier.

The medical professional assesses the individual’s medical history and history of substance abuse.

The doctor checks the symptoms the individual displays against the DSM-5 criteria for other mental health disorders — addiction and major depression share similarities to bipolar disorder.

Can Drug Abuse Cause Bipolar Disorder?

Experts believe that both a substance abuse disorder and bipolar disorder might impact neurotransmitters in the brain and may be typified by dysregulated reward and motivation systems. Data shows that people who suffer from bipolar disorder are more likely to turn to substance use than other people, in theory, as a means of self-medicating and trying to rebalance mood. In fact, most studies suggest that people with bipolar disorder have an extremely high rate of co-occurring SUDs.

Other theories to explain the commonality of substance abuse among people with bipolar disorder include:

Substance abuse is a symptom of bipolar disorder.

Risk Factors and Causes of Bipolar

There’s no single cause of bipolar disorder according to scientists, who believe a culmination of factors are responsible for triggering the mental illness. It’s exactly the same with drug and alcohol addiction. Although current research doesn’t give a clear idea of what each risk factor is, the following factors are theorized to play a role.

There’s evidence to suggest that bipolar disorder is inherited in families. People with a sibling or parent who has the condition are more likely to receive a diagnosis than individuals without an affected family member.

Major life changes and stressful events are thought to be capable of triggering bipolar disorder. Grief and serious illness are examples of environmental risk factors. Drug abuse is also considered a risk factor for bringing on the disorder, and people with anxiety and seasonal depression are at an increased risk.

There are findings from images from specific brain scans that might provide an insight into bipolar disorder. Evidence is preliminary, and more research is required to find out more about this phenomenon and whether there are implications for diagnosis and treatment.

Risk Factors and Causes of Drug and Alcohol Abuse

Genetics: As much of half of a person’s potential to develop addiction is hereditary. People with addicted family members are more likely to become addicted themselves.

Environment: Lack of parental involvement, peer pressure and access to substances are three of the biggest environmental risk factors for addiction.

Mental illness: If you have a co-occurring disorder that affects your mental health, you’re at an increased risk of turning to alcohol or drug use. Medical conditions that require prescription pain pills or sleeping pills can also increase the risk for addiction.

Early use: Evidence suggests that using substances heavily as a young person can impact brain development and make you more susceptible to addiction in later life.

It’s not just risk factors that bipolar disorder and addiction have in common. There are also shared characteristics, which can make it challenging to diagnose either condition. For example, someone who’s using cocaine can display almost identical symptoms to someone going through a manic episode. Likewise, someone going through withdrawal experiences many of the same mental symptoms as someone in a depressive phase.

How Are Co-Occurring Disorders Treated?

Individualized care from addiction therapists, psychologists and other relevant professionals

Medication to help you manage bipolar disorder, if necessary

Dual Diagnosis Integrated Treatment at Recovery at the Crossroads

If you’re worried that you’ve been using substances to self-medicate due to symptoms of bipolar disorder, we can help you. At Recovery at the Crossroads, we’re experts in dual diagnosis, and our team is fully equipped to offer the support and guidance necessary to get sober and gain control over your mental health symptoms. Call today at (888) 342-3881 for more information.